CNN has been a trash network for a decade but their recent denial of the OBVIOUS ongoing riots throughout the country have made them a laughing stock.

In the past two weeks, the failing network has gone viral with two out of touch images.

FIRST: This amazing chryon that celebrates a” fiery butmostly peaceful protest.” While the reporter stands in front of the flaming debris left by rioters. 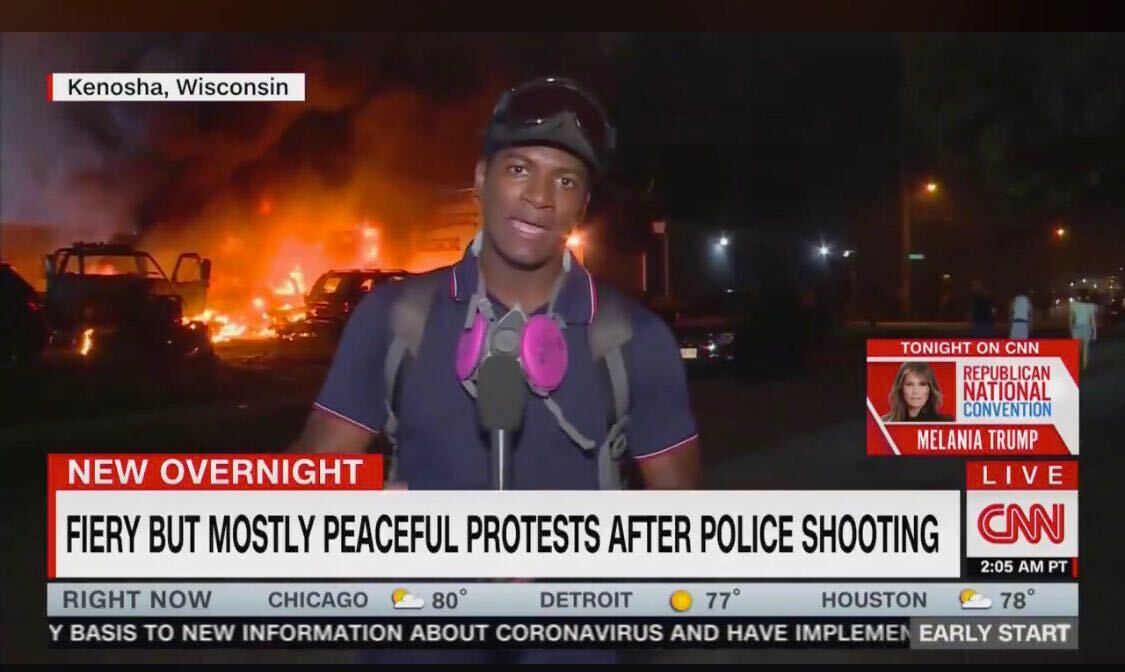 A city on fire, cars burning, but TRUMP IS PRETENDING RIOTS ARE REAL BECAUSE *HE* IS POLITICALLY DESPERATE.

Okay, guys. Take a break, maybe. Take a nap. Come back with something better.

President Trump SLAMS The Media: ‘YOUR supporters shot a young gentleman and killed him’