WOAH! This Bombshell From Maricopa County Says EVERYTHING

YIKES! What Is Triggering These CNN Hosts Today? 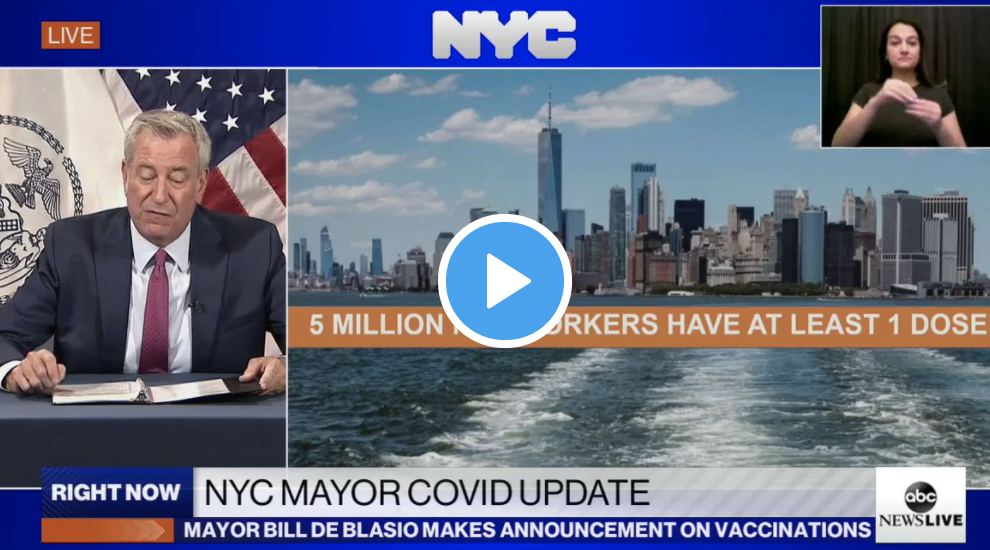 The potential COVID vaccine mandate and the launch of a “COVID Passport” have been a large part of political conversation over the last few months.

Now it’s officially the law of the land in New York City.

Mayor de Blasio announced on Tuesday that the city would be requiring vaccination in order for residents to participate in indoor dining, fitness, and entertainment. Vaccination status will be “proven” with NYC’s version of a passport, called “Key to NYC Pass.”

De Blasio is the first mayor to implement this aggressive strategy. At this point, it’s unclear if other liberal cities will follow.

BREAKING: Joe Biden Totally Blows It When Asked About Influx Of Unvaccinated Migrants

BREAKING: Biden Administration Wants You To Wear Masks OUTDOORS too?