Freedoms and Fails: What was the most conservative movie of the year? As the Oscars approach (Sunday, March 27), The Conservative Critic is launching its first annual entertainment awards- the Freedoms and Fails – where we will recognize the most conservative friendly films and TV shows and performances as well as the most ridiculously liberal.

And the 2022 Conservative Critic awards go to….

2022 Freedom Award for Performance in a Television Series: Carrie Coon for The Gilded Age

Easy to root for, Carrie Coon plays Bertha Russell the wife of a railroad baron in the drama The GIlded Age which pits new money against old money in 1880s New York City. Coon plays Russell as a stalwart figure who works hard to get what she wants. Russell wasn’t born into money, she had to earn it and Coon delivers that true American pride of earned wealth with steady enthusiasm and sincerity. Here is a full review of The Gilded Age.

2022 Fail Award for Performance in a Television Series: Cynthia Nixon for And Just Like That…

Cynthia Nixon destorys Miranda Hobbs in the Sex and the City reboot by depicting an aimless narcissist in a midlife crisis and pretending its a powerful coming out. In the original Sex and the City, Miranda Hobbs is a high powered corporate lawyer who makes good money, has good values and chooses to keep her child instead of having the easier abortion. She marries a bar owner named Steve and she learns to value family as much as her career. In And Just Like That…she casually cheats on her husband, has a drinking problem, allows her disgusting son to treat her disrespectfully and lets down 100% of her friends.

The whole time you watch thinking: oh the point of this story is that Miranda is clearly having a melt down but nope. Nixon and the show runners play this storyline out as if all of this is justified because she’s a woke lesbian now and we should all be happy for her and her insipid whining. See the full review of And Just Like That… here (I was way too nice because at the time I thought it was going somewhere else).

The Gilded Age, aptly titled, celebrates the most nostalgic era of American capitalism just post western expansion at the advent of the railroad where the idea of the “American dream” came into focus. Centering around the tensions of old money versus new money, The Gilded Age clearly takes a side honoring those characters who earned their wealth as the heroes. With as much intrigue as the beloved Downton Abbey but a new celebration of the great American story, The Gilded Age is the conservative fever dream we deserve. Check out the full review here.

2022 Fail Award for Worst Television Show: Kevin Can F**k Himself

This show is a representation of Hollywood’s contempt for regular working American people. The entire premise of this show is that a working class woman from a suburb in Boston can’t possibly be happy with her life and working class husband who installs cable. All women must dream to look just like Hollywood celebrities and men without college educations must be total morons unworthy of the love of a stereotypically “pretty” woman. I could go on all day and (and I did in the full review here) but Kevin Can F**k Himself is petty, out of touch and liberal beyond words. Not to mention unfunny and poorly acted – the Boston accents are something of nightmares.

2022 Freedom Award for Performance in a Motion Picture: Daniel Durant for CODA

Not recognized by the major award circuit, Durant portrays a hard working deaf fisherman, Leo Rossi, whose life and livelihood is threatened by government regulation and self-important bureaucrats. Striving to take his place as a son, older brother and man, Rossi struggles with his reliance on his hearing sister. Durant provides a gripping performance that uplifts the core conservative values of family, hard work, and free markets. Full CODA review can be found here.

2022 Fail Award for Performance in a Motion Picture: Matt Damon for Stillwater

Matt Damon’s portrayal of a rural American oil rig worker named Bill is offensive and ridiculous. Damon’s Bill is a caricature who refuses to try new food, learn language, or wear anything outside of Carhartt while abroad in France (even though the character supposedly travels to France regularly). What’s worse is that it’s clear Damon made no attempt to truly understand and empathize with someone like Bill in order to bring more truth to the story he was trying to tell. It was both insincere and anti-American. Click here for a full review of Stillwater.

2022 Freedom Award Best Picture: Shang Chi and the Legend of the Ten Rings 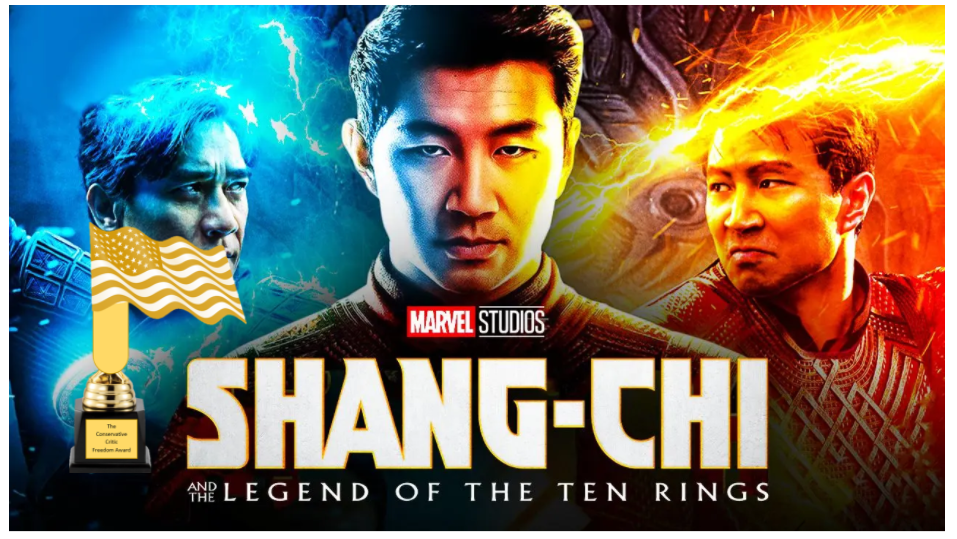 Hated by the Communist Party, Shang-Chi was banned from China for being so pro-America. Delicately balancing the beautiful cultural ancestry of China and the power of the American dream, Shang-Chi and the Legend of the Ten Rings is a masterclass in balance and an extremely fun watch. Plus the mixed styles of American and traditional martial arts make really cool fight choreography. Click here for the full review.

This film was a propagandist insult to the intelligence of the American people. It was such a liberal mind-melt that I didn’t even bother to rate it like most of the films. It was inaccurate, contemptuous, self-congratulating and tone-deaf. Everything that defines the American leftist way of life. What’s worse is that the mainstream media all gave it glowing reviews while America gave it a 2% on Rotten Tomatoes. Click here for the full rundown.

That’s all for this year’s Conservative Critic Awards! Can’t wait to see what Freedoms and Fails are to come in American cinema next year.

RANKING: I Watched All The Oscar Best Picture Nominees So You Didn’t Have To