Over the last 25 days or so Elon Musk has been on a not-so-secret mission to take over Twitter and replace the current policies of Party Propaganda and censorship with a more free and open format that allows for broad and diverse points of view to be shared without fear of being shut down or kicked off the app.

Musk started his campaign to buy Twitter with very clear intentions to remove the closed-minded and borderline tyrannical (considering the collusion with the Party) policies at Twitter and restore free thought. Capitalism, as it turns out, really enjoys freedom. 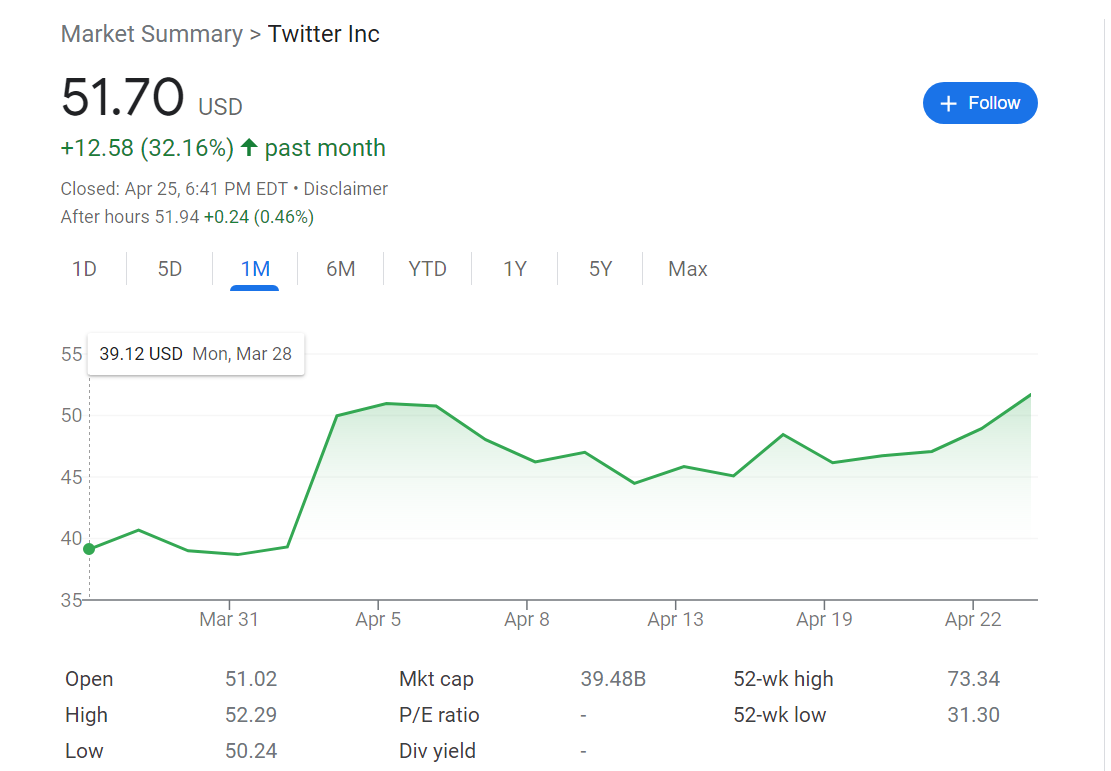 First he bought 10% of Twitter stock and became the largest shareholder of the company. And the stock price rejoiced:

Twitter offers Elon a seat on their Board of Directors and the stock market rejoiced:

With Twitter clearly unwilling to change, Musk rejected the board offer signaling his decision to proceed with a hostile take-over and the stock price had minor rejoicing following a shortfall.

Musk offers $43 billion to buy Twitter in full ($54.20 per share) and the stock price rejoices a little at the word of a new dad.

Twitter fails miserably and gives in allowing Musk to buy the company and the stock price rejoices!!!

On the flip side, take a look at what happens when capitalism senses a woke corporation overstepping its political bounds and trying to dictate the wishes of ordinary people. The stock price is sad!